Part 8 in my "State of the Franchise" series. 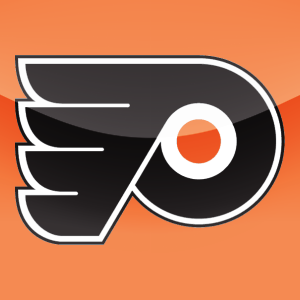 The amount of young talent they have on their current NHL roster is outstanding. Claude Giroux looks like he’ll be a franchise cornerstone for years to come (and is still just 24), Sean Couturier was one of the best rookies to play in the NHL last year and Wayne Simmonds and Jakub Voracek are not yet past 23. Matt Read was a surprise last year and is just turning 25, and the Flyers have seen players like Erik Gustafsson and Marc-Andre Bourdon come up and hold their own on the backend.

Chris Pronger looks like he’ll be on the IR for a while, which is a devastating loss for the Flyers. Kimmo Timonen is getting up in years. When healthy the backend is one of the best from top to bottom but their best contributors are aging and they lack a true top pairing defenseman after the aforementioned Pronger and Timonen. Ilya Bryzgalov was spotty last year for the Flyers and without any help coming from within the organization the Flyers will have to hope that his next season will be much improved.

The Flyers are not lacking in grinding, two-way forwards. Tye McGinn, Scott Laughton, Eric Wellwood and Mike Testwuide all project to be bottom 6 contributors. They also have a few boom-or-bust prospects in Nick Cousins, Marcel Noebels and Brandon Manning, who all look to be potential contributors inside a team’s top 9 or top 4. Ben Holmstrom and Tom Sestito offer some sandpaper and toughness into the forward corps and there is some depth behind the D in Ricard Blidstrand, Blake Kessel and Colin Suellentrop.

There is no gamebreaking talent anywhere in their prospect ranks. For a team that has perennially struggled in net, they lack goaltending talent. There is also little in the way of true prospects at any of the forward positions. Their best young players have already hit the NHL ranks and because of that the cupboards are the barest in the league.

Paul Holmgren, he of the "Balls of Iron" himself, has crafted a skilled contender in Philadelphia. If there's one thing that can be said in Philly, it's that every year they are expected to contend for the Cup and if they don't, well, Holmgren is not afraid of making headlines. With their perennial playoff aspirations, the Flyers have been willing to trade high quality picks for immediate help, resulting in a depleted pool of prospects.

However, that has not resulted in any problem at the NHL level. With the two big trades of last offseason, Holmgren managed to acquire 4 highly regarded young players in Simmonds, Voracek, Couturier and former top prospect Brayden Schenn. Adding these 4 players to an already potent group of 20 somethings such as Giroux, Andrej Meszaros, Braydon Coburn and the now-departed James van Riemsdyk allowed the Flyers to remain competitive while also getting younger and faster.

While names like Danny Briere and Scott Hartnell are getting up there in age, the core group of players are all still just heading into their primes. The Flyers should remain a playoff contender next season and should be well-off in the future....at least for now.